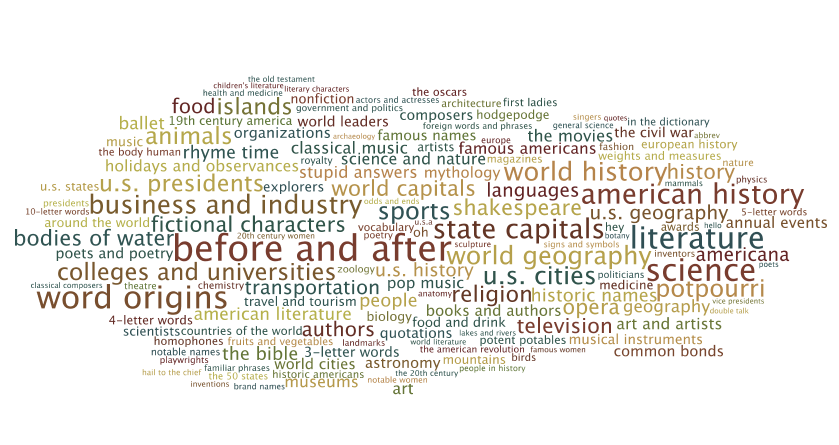 During the Watson-related madness earlier this year I wrote a script to put all of the Jeopardy! game data from J! Archive into a SQL database (they have no API so I parsed the very-broken HTML for each game). I never ended up doing anything with the data, but there’s been renewed interest around the house in this data so I took some time to make a word cloud of the Jeopardy! categories. 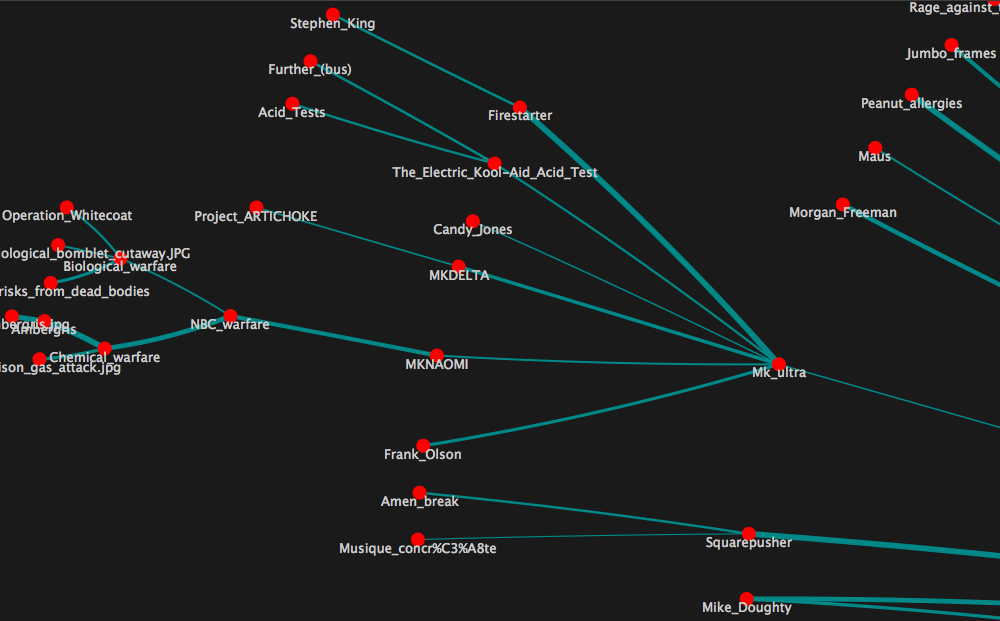